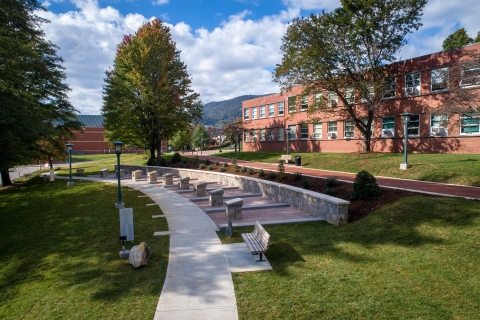 For more than 50 years, historically black colleges and universities across the United States have developed a tradition of providing a gathering space for the National Pan-Hellenic Council or NPHC. With its NPHC Plots and Garden project, Appalachian will be among a very few predominantly white institutions (PWIs) that also pay tribute to the legacy of African-American Greek life.

Chancellor Everts dedicated space for the NPHC during 2017 Homecoming festivities, private funds were raised for its construction, and crews began construction in June 2018. The site is located next to the Veterans Memorial in front of I.G. Greer Hall, near the B.B. Dougherty Administration Building.